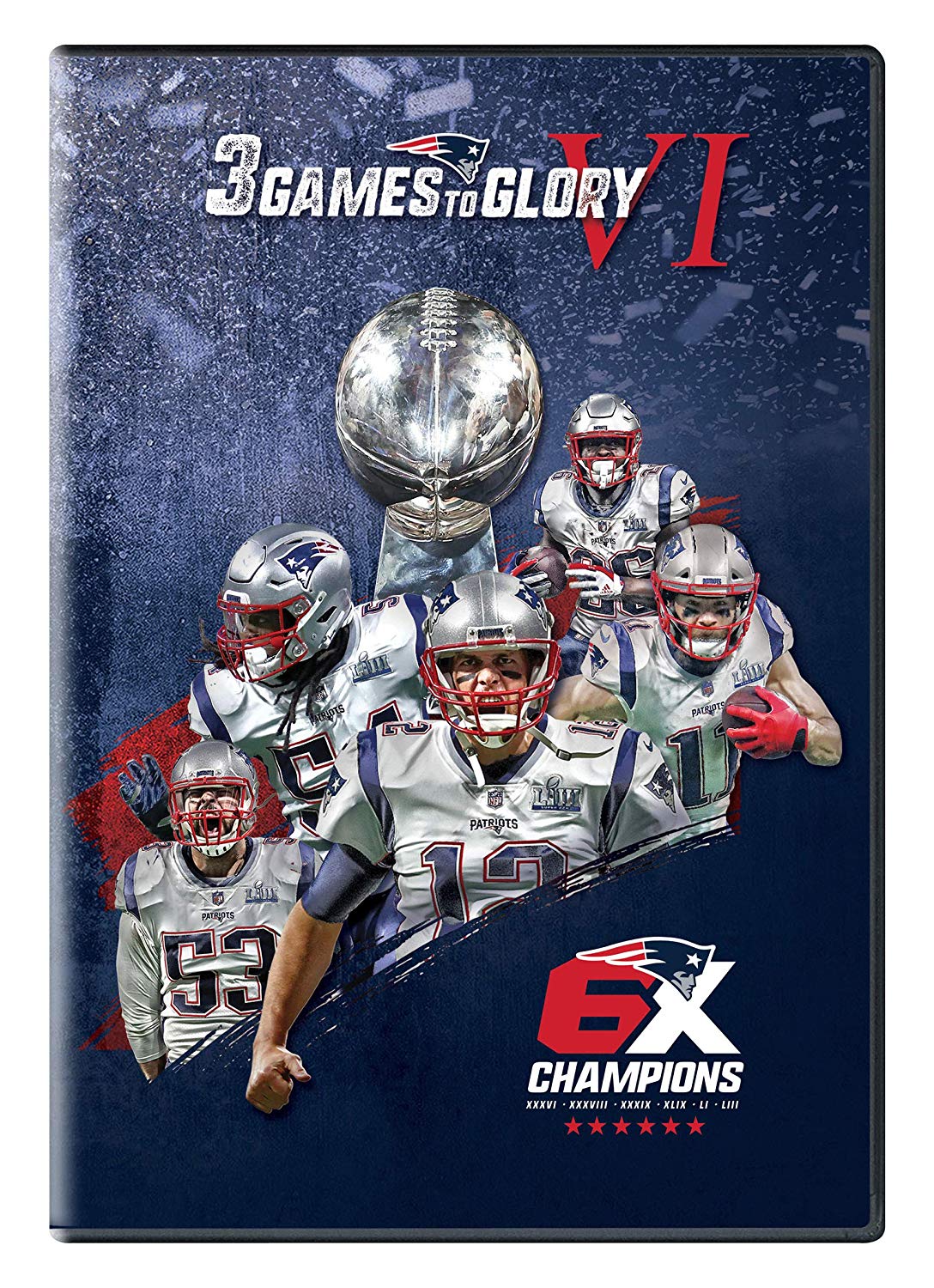 For the sixth time in 18 years, the Patriots are Super Bowl champions.
To commemorate this historic achievement, the Patriots, in conjunction with NFL Films, present 3 Games to Glory VI.

Watch every play from all three games... the divisional round dominance, outscoring the league's best offense on the road in the AFC Championship, and becoming world champion by holding the Rams to a mere 3 points in the Super Bowl.

A must-have for any Patriots fan, 3 Games to Glory VI captures perhaps the best three game playoff stretch in Patriots history.
Relive the best moments in this action-packed DVD set.
We are all Patriots indeed!